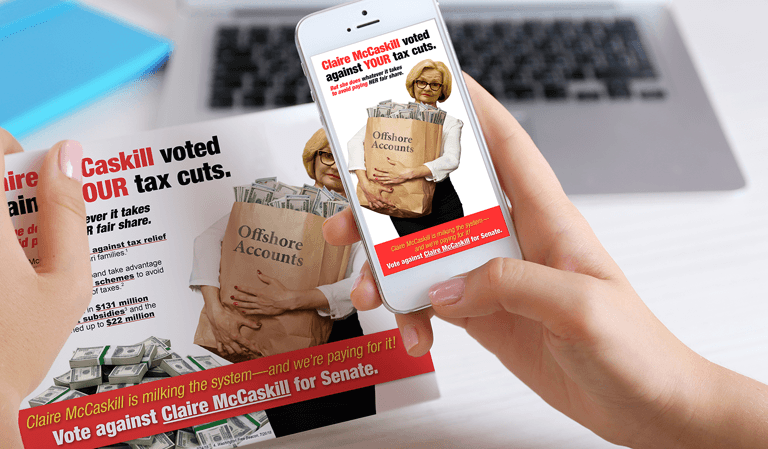 Entrenched Democrat incumbent U.S. Senator Claire McCaskill took every opportunity to use the power of incumbency. She cruised past her Republican challenger in 2012 by more than 15%. But, McCaskill stood in the way of Republicans retaining a strong majority in the U.S. Senate. Early polling showed McCaskill with a stable lead. Working with the Senate Leadership Fund (SLF), we worked to undercut McCaskill’s image and attack her perceived strengths to turn them into weaknesses.

Initial message tests identified taxes and pocketbook issues as the best opportunity to dissuade voters from supporting Claire McCaskill. McCaskill’s main argument for her re-election was her belief that she supported average Missourians. Her voting record said otherwise. Moreover, McCaskill’s family had money stashed away in the Cayman Islands–a notorious tax haven. But an initial voter contact program that utilized mail, digital, tv and radio in the summer of 2018 didn’t move voter opinion enough to win. We had to do something different.

Working with the SLF research team, we capitalized on newly unearthed information about 5,000 untested rape kits. A coordinated mail and digital program that synchronized target audiences, creative direction and message progression put McCaskill on the defensive. After seeing the success of this new message, we doubled down. To ensure our mail stood out even more, we utilized customized special effects to ensure it caught voter attention. In concert with the mail, our online team rendered specific video content that personalized the issue. Over the final six weeks, eight mail pieces and four digital flights continued to drive this message and turn out the Republican base of support. 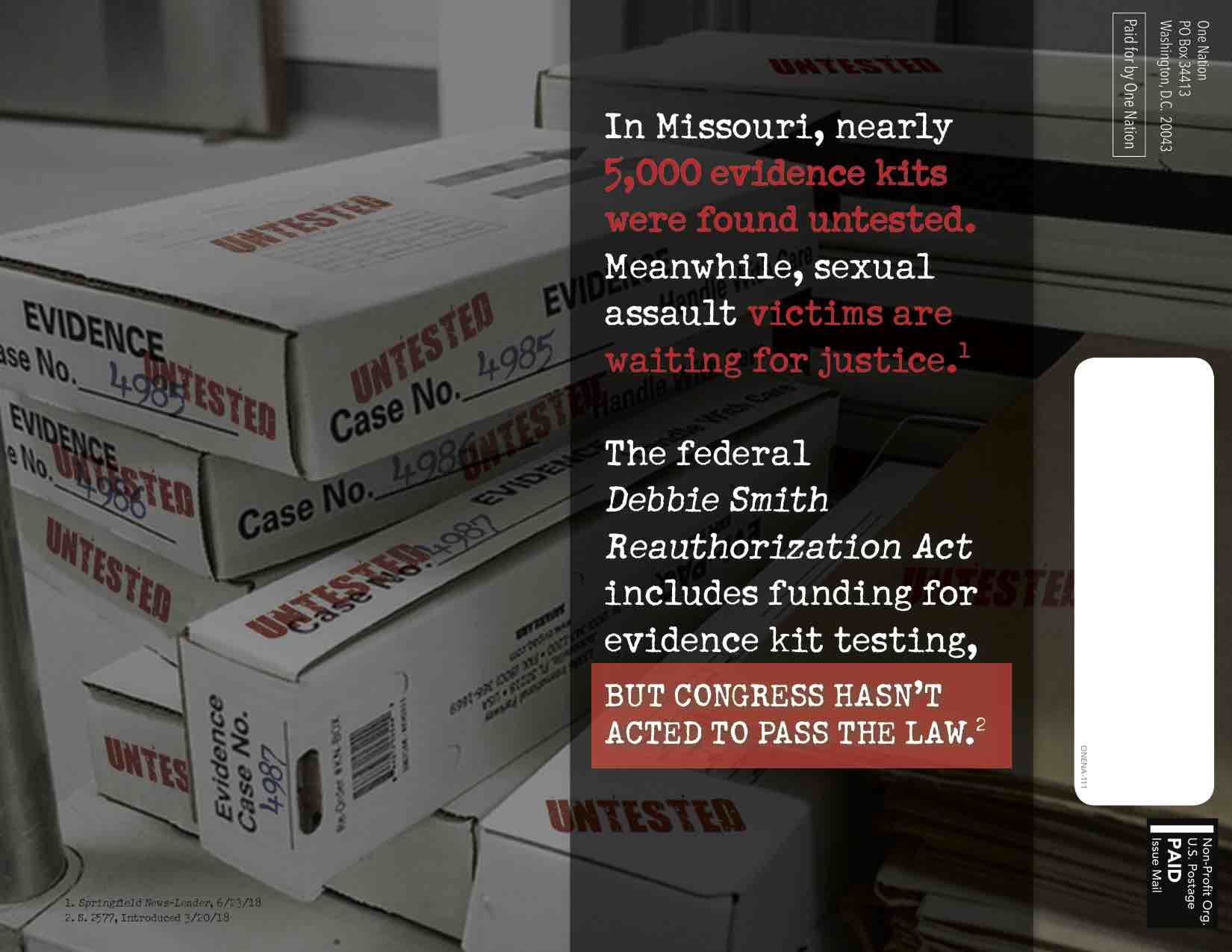 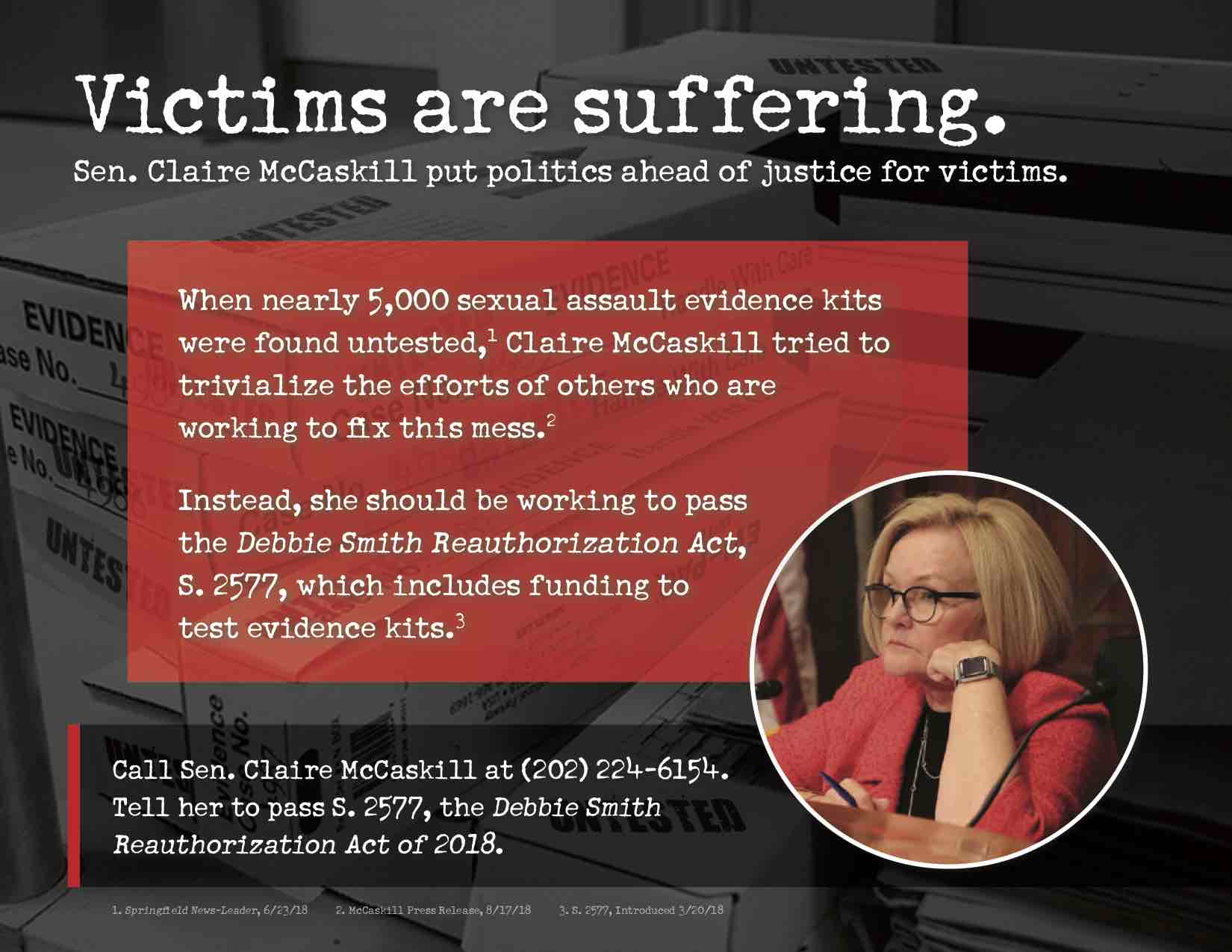 After saturating our message to the target audience with a new approach, Republican Josh Hawley beat Claire McCaskill 51.4% to 45.6%, and became the youngest current member of the Senate. Furthermore, McCaskill was one of the only incumbent Democrat U.S. Senators to lose re-election in the 2018 cycle. A key component of retaining a Republican majority in the U.S. Senate was beating Claire McCaskill. We’re proud to have helped make that a reality.